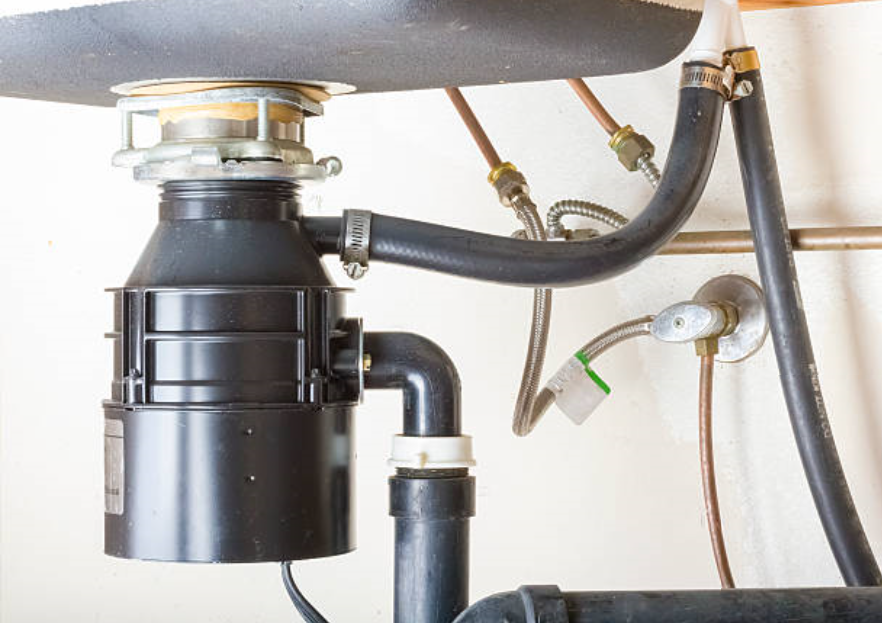 Many homeowners consider the garbage disposal to be one of the most useful kitchen appliances. Approximately half of the homes in the U.S have a garbage disposal installed, and this appliance has gone from being prohibited by many localities bylaws to being a common feature in our homes. Due to this relatively recent adoption, it is unsurprising that there are lots of myths about the garbage disposal. Unfortunately, while some misconceptions are relatively harmless, others could cause serious damage to your disposal or home plumbing. So, here we’ll explore three of the common myths, so you can avoid a costly mistake. You Can Sharpen Your Garbage Disposal “Blades” While it is easy to picture a garbage disposal having razor sharp blades, the reality is more practical. Disposals use a series of small impellers or teeth that spin quickly to grind up any food waste. Rather than thinking about whirling blades, imagine your disposal as more like a cheese grater; either way, you wouldn’t want to stick your hand inside the disposal when it’s running. Since your disposal doesn’t actually contain blades, then it is not possible to sharpen them. This means that putting ice or even eggshells down the disposal will have no effect. In fact, eggshells could create problems, as the membrane can be tangled up in the impellers, creating a jam. You Should Run Hot Water for the Disposal Although running cold water while your disposal is operating can help to flush any particles of food waste down the drain, hot water can actually create problems. Hot water will allow fats and oils to remain in a liquid state, which will allow them to flow into the drain and create a clog as they cool deeper inside the pipe. Of course, the ideal scenario is where you don’t allow any oils or fats to be put down your drain, at least if you use cold water, they will remain in their solid form. As they are ground into tiny particles, they will be less likely to cause a clog as they flow through your pipes with the rest of your food waste. You Can Put Anything in the Disposal While you may be sensible and assume that only food waste should go in the disposal, this doesn’t mean that you can put any form of food waste down the drain. While a garbage disposal is a fantastic piece of technology, it still has limitations. Solid, hard waste such as chicken bones, fruit pits or eggshells can break down the disposal. Fibrous, stringy foods like celery, banana peels or corn husks can become tangled in the impellers, plugging up the drain, while starchy foods such as potato peels can be difficult for your disposal to handle. A good general rule is that if you can’t chew a particular food, your garbage disposal is probably going to struggle. If you’re unsure, it is a better idea to err on the side of caution and toss it in the trash, rather than risk causing damage to your garbage disposal or plumbing. By Giovanni Longo President Flood Brothers Plumbing Giovanni Longo is a 3rd generation master plumber who has been practicing his craft and trade in the greater Los Angeles area for well over a decade and a half. A plumbing and hydraulics-engineering innovator, Giovanni’s particular world-class expertise focuses on dealing with challenging sewer system designs as well as resolving complex commercial and residential draining issues. As a certified Flood Mitigation expert, he is also well versed in a wide variety of water damage and remediation solution.