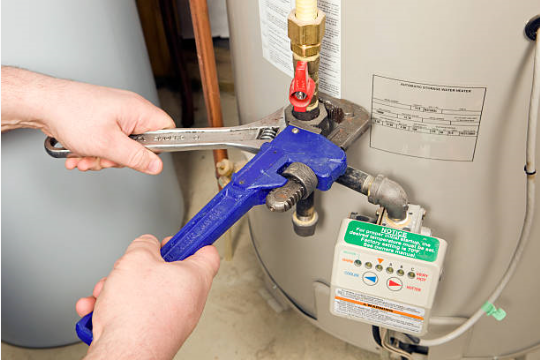 Why You Need a Thermocouple on Your Gas Water Heater

A water heater is a modern marvel that we often take for granted and our ancestors would have loved. Hot water on demand is essential to meet our daily bathing needs and for other activities, such as laundry, cleaning, and washing. We would be lost without our hot water, but we need to ensure that our gas water heaters are safe to use. Most people, will not have heard of a thermocouple, but it’s a vital part of our gas water heating systems, let’s take a closer look at how it works. Some Thermocouple Basics: A thermocouple is found on a gas water heater, and it helps to prevent the system from becoming dangerous. It’s a safety component that is made from a pair of strips of different types of metal that are joined at one end. The thermocouple can be found attached next to the pilot light and alongside the burner assembly. How the Thermocouple Operates: The two metal ends of the thermocouple are placed in the flame generated by the pilot lights. The other ends of the metal strips are connected to an emergency shut off valve for the gas line that’s feeding the burner. If the pilot light fails for any reason, the thermocouple automatically closes the natural gas line and prevents the combustion chamber from being flooded with unburned flammable gas. When unburned gas is present it can create a major hazard; an explosion could occur if the gas is exposed to even a minor spark. How the Thermocouple Works: The principle that the thermocouple is using is commonly known as the “Seebeck Effect.” This describes how different types of metal will act when in proximity to each other to create an electrical current when they are exposed to a source of heat. The Seebeck Effect is relative; if the temperature is higher, the electrical current is also stronger. Essentially, this makes the thermocouple a crude and yet highly effective temperature sensor. As long as the thermocouple is receiving an electric current from the heat of the pilot light, the same current will ensure that the gas valve stays open. If the pilot light goes out, the electrical current is interrupted, and the thermocouple will cause the valve to automatically close. Modern Water Heaters: The thermocouple system has been in use for decades, but not every gas water heater uses one. Certain recent gas water heater models now use a mercury sensor to track the pilot light heat and shut off the gas valve. Of course, an electric water heater doesn’t use gas, and so it doesn’t require this type of system. Thermocouple Maintenance Issues: The thermocouple is a clever and simple concept for shutting off a gas valve in an emergency. Despite this simplicity, a thermocouple can fail, and it may need to be replaced or repaired sometimes. As it’s such as a vital piece of safety equipment, it’s essential that the thermocouple is regularly inspected as part of an annual service. A professional will be able to examine your gas water heater and ensure that it’s both safe and working as intended by the manufacturer. By Giovanni Longo President Flood Brothers Plumbing Giovanni Longo is a 3rd generation master plumber who has been practicing his craft and trade in the greater Los Angeles area for well over a decade and a half. A plumbing and hydraulics-engineering innovator, Giovanni’s particular world-class expertise focuses on dealing with challenging sewer system designs as well as resolving complex commercial and residential draining issues. As a certified Flood Mitigation expert, he is also well versed in a wide variety of water damage and remediation solution.