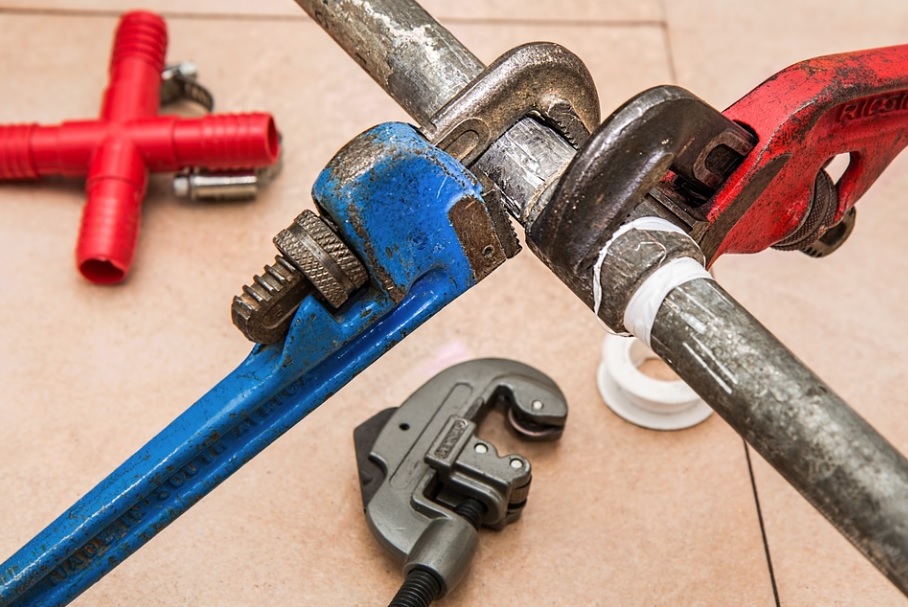 Plumbing line obstructions due to drain clogs are a common problem for all homeowner eventually. Debris gets stuck in the sink and toilets drains and it can result in overflows or slow draining. This can happen quickly, or it could be a problem that builds up over a long period of time. Initially, the homeowner could try to use a plunger, but if the clog refuses to budge it may be the time to try something more powerful.

The Right Tools to Unclog… Clogs

There are two primary tools for removing stubborn blockages.  These tools are very specialized, and it is unlikely that many DIY enthusiasts will own them. The two options are the plumbing auger also known as a plumbing snake, and the hydro jet and they are both designed for different types of blockages. Every professional plumber will have both of these tools available and will be well aware of which one to use.

The Snake and the Auger

No… it’s not the title to a children’s fairy tale. It’s a long metal tube with an internal flexible cable that has a corkscrew auger. The auger is a series of blades that are turned via a hand-crank on the handle or an electrically powered hand unit. The way it works is that the plumbing auger is inserted into the drain that is blocked, and then the handle is cranked (mechanically or electrically) to extend the cable further into the drain. Eventually, the end of the auger will come up against the blockage and resistance will be felt. At this point, the crank will be turned to screw the auger into the blockage and pass through it. Sometimes the clog will break up at this point, but it may be necessary to pull the blockage out. There are two different types of auger, the first is a straight tube designed for unblocking sink drains, and the other is has a J-shape, and it is used to unblock toilets.

This method involves using a high-pressure stream of water to clear the drain. A machine is used to get the water up to pressure, and it is then fed into the attached high-pressure hose. On the end of the hose, there is a nozzle that is designed to be fed into openings that are built into most modern plumbing systems. These access points allow the plumber to deliver the hydro jet to the most likely blocked points and flush the blockage out. This method is particularly effective at removing built up mineral deposits, grease and hair clogs. Although hydro jetting is a powerful clog removal method caution should be exercised. A professional plumber would usually inspect the drain to be cleared with a camera first to determine that the pipe is in good condition. This is because old or damaged pipes could easily sprout leaks during and after the hydro jetting process due to the extreme pressure.

There are pros and cons for both of these methods when dealing with a stubborn blockage. A plumbing auger is a good choice for removing minor clogs and trapped debris. Using an auger can also detect larger problems, if the auger cannot break through the blockage, it could be a tree root in the line. On the other hand, the hydro jet will thoroughly clean out the pipes by flushing the material off the pipe walls and out into the drains. An auger could be seen as a temporary solution in some respects as it will clear the clog, but it will not clean the surrounding pipe work. Operating a hydro jet is not recommended for the novice as used incorrectly it could cause serious damage to plumbing and pipes. If in doubt on which method to use it may be a good idea to get a professional plumber to take a look at the problem and ascertain which method will yield the best results.