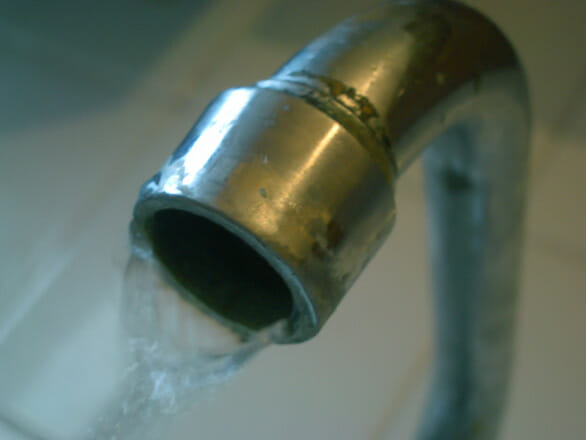 Protect Yourself from Leadin in Drinking Water

How Can You Protect Yourself From Dangerous Levels of Lead in Your Drinking Water? In the bad old days of construction, two toxic materials, in particular, were widely used. Of course, we’re talking about Lead and Asbestos, both of which are affecting many lives to this day. One or both of these materials were quite common in construction up to the 1970’s. Applications included insulation, fireproofing, paint and plumbing. Now we understand how dangerous these two materials are, especially (in the case of lead) when ingested. The Environmental Protection Agency (EPA) has very strict rules concerning the handling and disposal of these materials. Alarmingly, we have seen cases of lead poisoning from drinking water in Flint, Michigan and several cities in Pennsylvania. How bad are the effects of lead poisoning and how can we protect our families from lead in our drinking water? The Health Problems Relating to Lead Ingestion: Exposure to high concentrations of lead is not healthy; the effects are far more devastating if the lead is ingested. This is becoming far too common, while the effects are bad for adults, they are far worse for young children. Children that are below six years of age are at particular risk; this is because their brains are still in the early development stages. Ingesting lead at this stage of life can lead to learning disabilities, behavioral problems, and other issues. In all people, ingesting lead can cause health problems, such as: damaging the nervous system, high blood pressure, anemia, kidney damage, convulsions and an inability to metabolize Vitamin D or Calcium. Eventually, high levels of lead poisoning can lead to a coma and death. How is Lead Getting Into Our Drinking Water? One of the main issues reported in Michigan, and now Pennsylvania has been the presence of flaking lead paint. Contact with this old flaking paint has affected many young people in those areas. It should also be considered that flaky lead paint can be washed away by rainfall into American waterways that are the source of much of our water. Another source of lead poisoning is old plumbing, where the pipes were made from lead. Over time, older lead pipes degrade and lead is introduced into our drinking water supply. It is important to note that even at high levels Lead has no discernable taste, smell or color. As such it is impossible to detect without professional testing. What Can You Do to Combat Lead Poisoning? The government has taken steps, introducing “The Safe Drinking Water Act” and carrying out regular testing. This may have been effective, but recent events have shown that lead poisoning seems to be more widespread than anyone previously thought. As such, it is vital that we take responsibility for the quality of our own drinking water. Your local municipal water supplier can provide you with a list of qualified labs that can test your water. Until you are sure, only use and consume water from the cold faucet that has been running for longer than 30 seconds. If you do have a lead problem, consider replacing your aging plumbing with a new system that doesn’t use lead. Another good solution is to install a whole home water filtration system that will remove many material and microorganisms including lead. By Giovanni Longo President Flood Brothers Plumbing Giovanni Longo is a 3rd generation master plumber who has been practicing his craft and trade in the greater Los Angeles area for well over a decade and a half. A plumbing and hydraulics-engineering innovator, Giovanni’s particular world-class expertise focuses on dealing with challenging sewer system designs as well as resolving complex commercial and residential draining issues. As a certified Flood Mitigation expert, he is also well versed in a wide variety of water damage and remediation solutions.