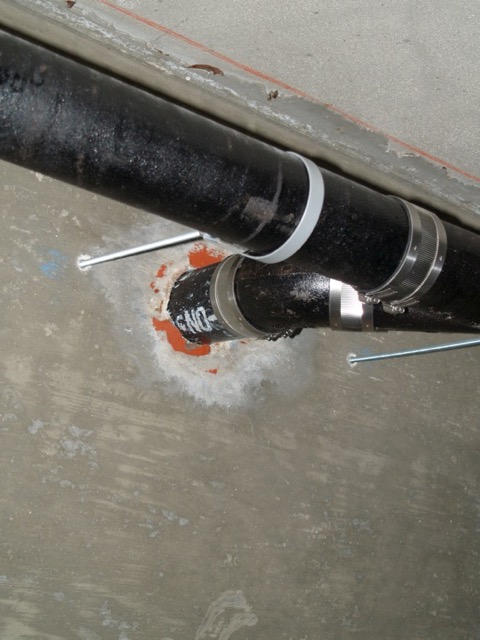 Do You Know What Materials Your Plumbing Pipe is Made of?

Do You Know What Materials Your Plumbing Pipe is Made of? Many homeowners are blissfully unaware of the materials used in their plumbing system. Unfortunately, this can place them at a disadvantage and lacking in knowledge of potentially harmful consequences. The materials used to make your pipes could make the difference between decades of safe use and needing to pay for replacement pipes and frequent repairs. Here is your guide to some of the common materials and what it could mean for your home. PEX PEX or cross-linked polyethylene has become more and more popular for residential plumbing over the last twenty years. It is easy to install and flexible.  PEX is particularly ideal in walls and tight crawl spaces for most homes because it requires less fittings than rigid piping. The flexible tubing can go round 90 degree bends and the tubing can be installed in long runs without the need for coupling fittings. PEX fittings do not require any soldering, eliminating any health risks involved with lead-based solder.  Water also flows more quietly through PEX all but eliminating that distinctive “hammer” noise heard in copper pipe systems. Although not really an issue in Southern California, with its mild temperatures year-round, in colder climates PEX is also less susceptible to splitting or bursting in freezing temperatures. Unfortunately, PEX is not suited to outdoor plumbing as it can degrade when it is placed in direct sunlight, which is definitely an issue here. PVC PVC is easy to install and cheap. It is less costly than PEX and will not corrode or rust. PVC pipe is available in different quality grades and some are not suitable to carry hot water. PVC is often used for drain pipes, while copper or another material may be used for water supply pipes. The exception to this is CVPC, which can be used for both water intake and outtake. Unfortunately, CVPC does have some issues with leaking susceptibility, and glued joints can be prone to deterioration. Galvanized Steel Galvanized steel was a very popular choice for plumbing pipes before the 1980s and much more widespread than plastic or copper. Steel is heavy duty and has a long lifespan, but it will eventually begin to rust. Rusting steel pipes will degrade water quality and can cause blockages and clogs in the plumbing system. If you struggle with slow draining water and your home was built before 1980, the underlying issue could be degraded steel pipes, which need replacement. Lead While most of us are aware of the dangers of lead (think Flint MI,) if your home was constructed before 1930, there is a very good chance that the plumbing pipes were made of lead. Lead pipes can compromise your drinking water as the lead is leached out. The EPA has set the maximum contaminant level for lead in drinking water at zero, so you need to ensure that your drinking water is TRULY safe. There are short-term safety steps to take while your water is being tested, such as flushing water for several minutes before drinking or cooking. In the long term, a water treatment system may be needed to filter out any lead, or you may need to replace the pipes. Copper Copper is the GOLD STANDARD and has been a popular choice for plumbing pipes for over fifty years. Copper is a lighter material, which can last for decades. Unfortunately, copper tends to be more expensive, and there is a lead contamination potential. Older copper pipes may have used lead solder, which can leach into the water. From the 1980s lead solder was banned and lead-free solder, containing a maximum of 0.2% lead was used instead. When exposed to significant temperature fluctuations, copper pipes can become susceptible to pin leaks.

Giovanni Longo is a 3rd generation master plumber who has been practicing his craft and trade in the greater Los Angeles area for well over a decade and a half. A plumbing and hydraulics-engineering innovator, Giovanni’s particular world-class expertise focuses on dealing with challenging sewer system designs as well as resolving complex commercial and residential draining issues. As a certified Flood Mitigation expert, he is also well versed in a wide variety of water damage and remediation solutions.