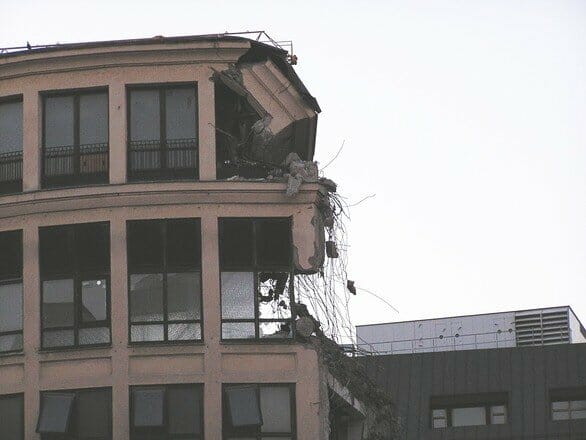 The most lethal earthquake in U.S history hit San Francisco April 18, 1906. This quake obliterated over 480 city blogs and caused approximately $400,000,000 of structural damage. Although 250,000 people were left without their homes, less than 700 people were killed. This means that only one person died for every 285 destroyed homes. This seems like an incredible ratio considering that the largest tremors occurred at 5:1 AM when most people were still sleeping. The reality is that the initial quake was only the start of the damage. Many of the homes were actually destroyed by fires that were unchecked throughout the city for the following three days. Once the ground had stabilized, many of the San Francisco citizens escaped their homes unharmed, but this quake has provided lessons in earthquake preparedness. The Federal Emergency Management Agency now has a website, making vital information available to everyone. Unfortunately, there are still some very common mistakes that could create major problems should a quake hit. Neglecting Water Heater Straps: Water heater straps are mandatory in a number of states, and they are designed to prevent your heater from falling over during an earthquake. Your water heater should have two thick straps that are used to attach the appliance to the wall. The straps should hug both the top and bottom of the heater for maximum security. If your heater is missing straps, plumbing professionals can install them for you. If your water heater is not adequately strapped to the wall, there is a risk that it may become dislodged during a tremor. This would not only put your home at risk of flooding, but there is also a risk that gas connections could rupture and create a serious fire risk. Not Checking an Automatic Earthquake Valve: Research conducted following the 1994 Northridge quake found that approximately half the resultant fires could have been prevented with the installation of earthquake gas valves. These valves are designed to automatically shut off the gas supply to a home in the event of a quake. This prevents gas lines that have been damaged causing fires. The valves feature a mechanism that activates during seismic activity to block the flow of gas. Each type of valve has slightly different methods to restrict the gas flow, but they operate in the same way essentially. The valves tend to be installed on the home gas line, and it should be easy to see. If you are unsure if your home has an automatic earthquake valve, it is important that you ask your plumbing professional to confirm one is installed. Not Securing Major Appliances: Another common mistake is not securing your major appliances to the walls of your home. Since most appliances are quite heavy, failing to secure them not only puts you at risk of being crushed during an earthquake, but it also puts stress on the water lines and electrical cables, which can become dislodged. This means that you could find that your kitchen becomes flooded and you are faced with hefty plumbing bills as you try to get your home back in order. By Giovanni Longo President Flood Brothers Plumbing Giovanni Longo is a 3rd generation master plumber who has been practicing his craft and trade in the greater Los Angeles area for well over a decade and a half. A plumbing and hydraulics-engineering innovator, Giovanni’s particular world-class expertise focuses on dealing with challenging sewer system designs as well as resolving complex commercial and residential draining issues. As a certified Flood Mitigation expert, he is also well versed in a wide variety of water damage and remediation solutions.