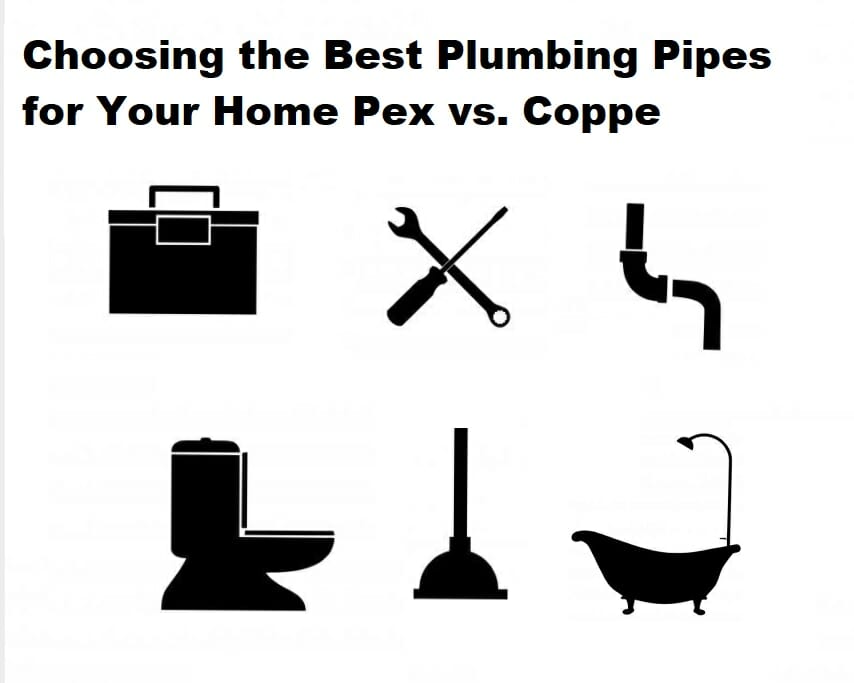 Choosing the Best Plumbing Pipes for Your Home: Pex vs. Copper

Because we live in a modern society, we have become used to getting clean water on demand. When we turn our faucets on, we expect to get plenty of water that’s safe to use, but we don’t pay much attention to how it got there. Every home has a network of hidden plumbing pipes that connect the property to a nearby water system or supply. In urban/surburban areas, this would be the municipal water main, and in rural areas, it could be a well. But, the material that your plumbing pipes are made from can make a big difference, and the two main choices are PEX and copper. In this article, we will look at each, in turn, to help you make an informed decision when it’s time to repair or upgrade your plumbing pipes.

The Victorian Age lasted from 1837 up until 1901, when Queen Victoria finally passed. This period in history saw a huge number of scientific, engineering, and technological advances. The capital of the British Empìre was the city of London, and as the prosperity of the empire grew, the number of new denizens increased dramatically. This massive boost to the population of London placed the existing infrastructure under considerable pressure, and changes needed to be made. This was particularly true when it came to the plumbing and sewage system for the city. A huge number of pipes were added to deliver clean water to the population to maintain productivity and prevent disease.

This may seem strange, but it’s estimated that around 30% of those Victorian era plumbing pipes are still in use today! Although it may seem odd that people in London are pouring glasses of water that has passed through pipes that are over 150 years old. But, the system works, over the years, repairs and upgrades have been made, and London as an older modern city is an extreme example. But, to this day, every city needs to deliver a clean source of water to the citizens that use it for a wide variety of tasks every day.

We’re lucky that talented engineers have made sound decisions on the construction of our plumbing systems and the materials used. In the present day, there isn’t enough investment in our infrastructure, and in many cases, we have to rely on older systems to meet our needs. That’s the state of the municipal plumbing systems, but what about our own plumbing pipes? When it comes to remodeling and renovating a home, it’s often necessary to change the plumbing pipes. Many older and some newer homes have copper piping, and this is still considered to be the industry standard. But, thanks to advances in plumbing technology, there are other pipe materials available such as PEX. Let’s take a look at PEX and copper pipes in a little more detail.

PEX is the industry standard tern for cross-linked polythene, which, as you can imagine from the name, is piping that’s made from plastic. Don’t let this deter you, though, because PEX is very strong and durable due to the cross-links in the material. In fact, PEX has been around since the 1930’s, but until recently, the production methods were not refined enough for general production. Now, PEX has emerged as a viable alternative to copper, which has steadily risen in price due to global demand.

Because PEX is a wholly synthetic material, it doesn’t share the scarcity and environmental concerns that are associated with copper mining. Although it is true that some copper pipes are made from recycled materials, this is not the norm. PEX pipes and fixtures cost less than copper and recycled copper pipes, and they perform to the same standard. This is why in recent years, we have seen a huge increase in the installation of PEX plumbing pipes in domestic and commercial buildings.

PEX pipes and fixtures have a fairly long shelf life, but this pales in comparison when you compare PEX to copper. Copper is extremely durable, and manufacturers of new copper pipes will typically offer a 50 year warranty on them! If you live in an area that is prone to natural disasters, copper pipes make good sense because they are less prone to damage.

Despite all of these advantages, there are some problems associated with copper plumbing pipes. Firstly, because they are metal, they are harder to install, and soldering may be required. Secondly, as we mentioned above, copper prices are volatile, but the general trend is that the price continues to rise. Although PEX is a synthetic material, it makes better sense if you’re worried about the environmental impact of mining operations.

PEX vs. Copper: Which is Best?

This is a hard question to answer because both materials have their pros and cons. Both PEX and copper work very well as construction materials for residential and commercial plumbing systems.

Many homeowners will opt for PEX because it’s cheaper to buy, easier to install, and it can handle higher water pressures than copper pipes. When a plumbing contractor installs PEX pipes, there are usually fewer abrupt turns in the entire plumbing system. This means that the water will not slow down as much as it would in a plumbing system that uses copper pipes. Another key advantage of PEX is that it can handle harsh winters very well, and it’s less prone to cracking when exposed to freezing water.

On the other hand, if you have the budget and freezing temperatures are less of a concern, you may want to go with copper pipes and fixtures instead. They are built to last, they resist external damage very well, and they hold their value.

In another 150 years, there may be materials that make PEX and copper look like a poor choice. But, right now, these are the two materials that we rely on to get fresh water into our homes. Both materials work well, but it’s likely that PEX will win out in the long term as copper becomes too expensive for most buyers.

If you’re considering an upgrade or repair for the plumbing pipes in your home, contact your local certified plumber today.

By Giovanni Longo President Flood Brothers Plumbing
Giovanni Longo is a 3rd generation master plumber who has been practicing his craft and trade in the greater Los Angeles area for well over a decade and a half. A plumbing and hydraulics-engineering innovator, Giovanni’s particular world-class expertise focuses on dealing with challenging sewer system designs as well as resolving complex commercial and residential draining issues. As a certified Flood Mitigation expert, he is also well versed in a wide variety of water damage and remediation solution.