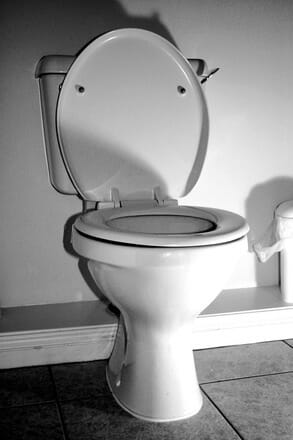 In the average Southern California home, plumbing and the inside of drainpipes are exposed to minerals, soap residue, grease, chemicals and other materials that can create an accumulation of grime. Over time, this accumulation can become large and solid enough to restrict the flow of water in the main sewer line and cause flooding. Here in Los Angeles, and the San Fernando Valley in particular, more often than not the most frequent cause of obstruction is the result of tree and plant roots invading the sewer line looking, for water. When this occurs there are a number of options to choose from to correct the problem, but one of the most effective is cable snaking.

Snaking involves using a plumbing snake or drain auger to clear the pipe. A snake is a coiled tool, with a bladed bit head (a cutter bit,) powered by a motor that comes in various sizes depending upon the application. Typically:

A 1/4″ drain snake is for small drains and internal pipes.

A 1/2″ sewer cleaning cable is used for large applications like a 3 inch main line.

A 9/16″ and larger sewer cleaning cable is considered x-large and is typically only for commercial usage or very large scale homes or apartment buildings. As a general rule of thumb, the smaller the drain, the smaller the cable. The snaking technique involves pushing the tool into the pipe toward the debris accumulation and cranking it manually (for smaller consumer snakes) or using a motor to lodge the snake into the blockage. Although the snake may cause the debris to break up and be flushed away, it can also allow you to pull out any clogs. Snakes provide the opportunity to eliminate a blockage even deep within the drain, as you can simply feed the snake further down until it reaches the obstruction. This technique is far more effective than using a plunger or most ineffective noxious chemicals.

The main advantage of using a plumbing snake is that it is one of the cheapest methods of unclogging a drain. In experienced hands, the pipe can be completely cleared without a risk of damaging the pipe. Additionally, there is no need for chemical agents that could potentially be harmful to the environment.

One of the most common underlying causes of plumbing issues throughout LA are tree and plant roots invading the sewer line. As the root systems of trees become established, large plants around your home, seek out nutrients and moisture. They typically make a B-LINE for older sewer lines made of clay, which have suffered damage, from shifting, where moisture or water may be seeping at the connecting points.  The roots invade these joints, fracture the line, invading the pipe and growing and expanding even more until totally blocking the area. Chemical products and treatments are totally useless against this type of blockage, but cable snaking can provide an efficient solution. Trained technicians will often use a drain snake camera to locate the blockage first. This may or may not be necessary.  Either way,  once the blockage is identified and located, a cable snake, fitted with a cutter bit designed to bore into the roots, is pushed through to either break the roots apart or pull them free of the pipe. In these types of situations, it is likely that the snake will be attached to a high powered motor to quickly remove the obstruction.

Cable snaking is typically not only effective, but definitely the most inexpensive professional method of removing tree roots from your sewer line. Only in situations where there is a compound root intrusion that is so dense and tight that the snake is not able to bite into the root ball will hydro jetting be a better alternative.

While hydro jetting is very efficient at cleaning pipes and drains, it is a far more costly option. Additionally, it uses hundreds if not thousands of gallons of water, which many consider to be a waste of vital resources here in California where we have a serious drought. In many cases, the snaking technique will be more than effective in removing a blockage, including tree roots, offering up a relatively inexpensive solution.

If you are unsure about which method is best suited to your circumstances, it is important to obtain professional advice. Amateur DYI attempts to use a plumbing snake, to clear a blockage, could result in critical and expensive damage to the pipe, making the problem far worse.

Giovanni Longo is a 3rd generation master plumber who has been practicing his craft and trade in the greater Los Angeles area for well over a decade and a half.  A plumbing and hydraulics-engineering innovator, Giovanni’s particular world-class expertise focuses on dealing with challenging sewer system designs as well as resolving complex commercial and residential draining issues. As a certified Flood Mitigation expert, he is also well versed in a wide variety of water damage and remediation solutions.