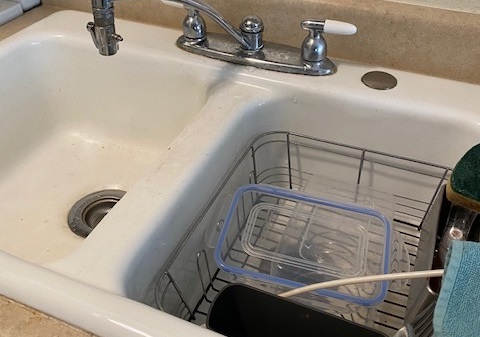 How to Use Your Garbage Disposal Properly

Avoiding many garbage disposal problems is possible if you use your unit properly. These disposals are designed to grind light food scraps from a select range of foods and there are other foods that should never be place in the unit, they are:

Keeping these materials out of the garbage disposal is important, but it’s also important to operate the equipment in the correct way. When the garbage disposal is running, it’s crucial to turn on the cold water to prevent the coagulation of grease in the drain. This may seem counterintuitive, but hot water thins out the grease and makes it easier to accumulate on the pipes to form clogs.

When you feed food debris into the garbage disposal, it’s important to work methodically. When you’re finished grinding scraps it’s a good idea to let the cold water run for an extra 20-30 seconds to fully flush the food scraps away. If the water isn’t running, you can find food scraps trapped in the pipe or trap, which can lead to bad odors and drain clogs. Let’s take a closer look at four garbage disposal problems that you need to avoid.

As you can see, a garbage disposal can grid up a wide variety of food waste, but there are items that you need to avoid grinding. But, if you do happen to grind up something that you shouldn’t, there is a risk that you could cause a drain clog. A drain clog can be caused by the way that food waste reacts with the cold water or a lack of water during grinding. Drain clogs tend to form in the P-trap, which is also known as the drain trap. A common cause is large volumes of ground food at once and it’s no coincidence that plumbers see a spike in service calls around the Thanksgiving weekend.

Other drain clogs can develop over a longer period of time as layers of food waste accumulate on the surface of the drain trap and waste line. A clear warning sign to look for is a garbage disposal that’s draining slowly or that’s not draining at all. If you check the drain trap, you may be able to see the clog and remove it manually. If you can’t see the clog, it could be further in the drain, and removing it may involve taking apart the branch drain and using a drain snake (augur). If this is outside your comfort level, it’s time to call your local licensed plumber and they can take care of it for you.

On a cautionary note, it’s very important to avoid using a chemical drain cleaning product to remove a drain clog. These products contain harsh caustic chemicals that can damage metal components and your plumbing pipes. In fact, using a chemical cleaner may even void the manufacturer’s warranty for your garbage disposal unit.

If your garbage disposal is leaking, it can cause water damage which is expensive to fix. Because the water drips under the kitchen sink, it can lead to foul odors in your kitchen, pest infestations, warped cabinets, mold and mildew growth, and more. Identifying a water leak early is important and the leak must be fixed quickly to minimize the water damage. There are a few common areas where a garbage disposal can leak water, they are the drainage hose, the outer casing, and the connectors. Water leaks from the outer casing are rare but they can occur if an object is dropped on the casing and it’s cracked.

A single water leak around the plumbing connections can usually be fixed with a simple repair. But, if you have a water leak located in the garbage disposal unit, a cracked casing, or corrosion issues, it’s not economically viable to fix it. It’s a better idea to replace the unit with a new model because these serious leaks are a sign that the unit is reaching the end of its useful lifespan anyway.

When you’re using a garbage disposal, it should grind smoothly, but if you can hear a humming noise and no grinding is occurring, it’s likely that the flywheel is jammed. The usual cause is too much food waste being fed into the disposal unit at once. Another possible cause is the grinding of some of the unsuitable food waste we mentioned earlier. During a jamming episode, the onboard circuit breaker is usually tripped to prevent the motor from burning out due to overworking. The circuit breaker is usually located under the unit and many people refer to this as the reset button. A jammed flywheel can be fixed with the wrench that may have come with your garbage disposal unit. The full instructions should be detailed in your owner’s manual.

Foul odors are caused by trapped food particles trapped in the drain line. The common cause is insufficient cold water when grinding food waste and bacteria could be growing in the drain. A simple way to deal with this problem is to pour half a cup of baking soda into the drain followed by a cup of white vinegar. The mixture will fizz and bubble and you need to leave it for around ten minutes and then run the disposal for 2-3 minutes with plenty of cold water. This should flush the food debris out of the drain line and deodorize the drain to remove the foul odor. Running a mixture of dishwasher soap and cold water into the drain can also help to keep the drain line clean and fresh.