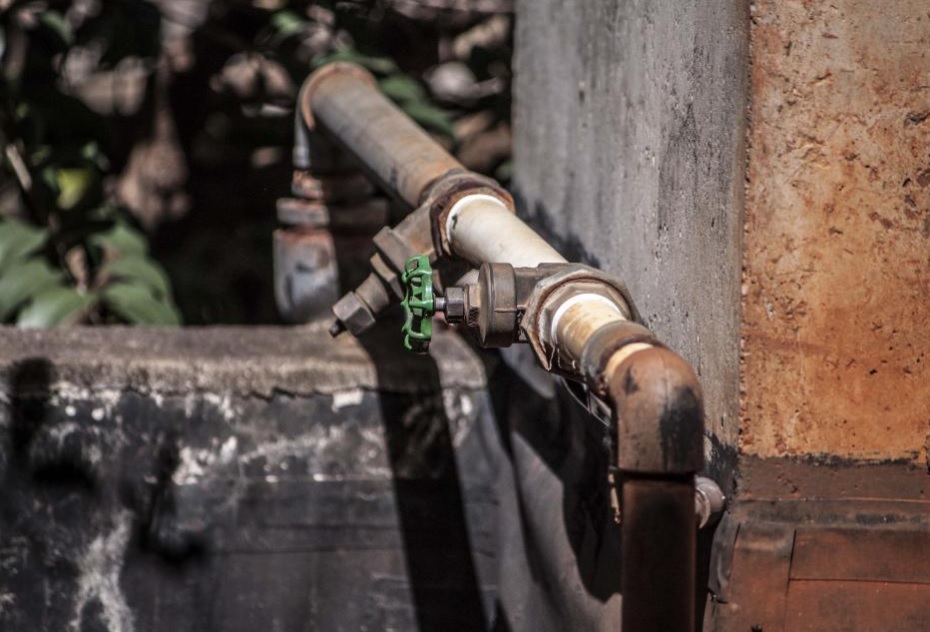 Purchasing an older home with a lot of character and charm is the dream of many people. An old home is an attractive option for younger couples that want to save some money and fix up a house. But, the fantasy may not mesh with reality when it comes to the plumbing system. Beneath the plaster walls and crown molding, there could be some problems that can range from minor issues to major problems. In this article, we will look at four common plumbing problems in older homes.

Most people tend to forget about their sewer lines because they are buried out of sight underground. But, when a sewer line is failing, it can cause foul smelling seepage on the surface of the yard and even a sewer backup into the home. Older sewer lines may have been built before the advent of many things that we take for granted today. Certain appliances, such as: dishwashers, garbage disposal units and others will place considerable strain on an aging sewer line. This can make them susceptible to failure, and this is especially true after extensive remodeling projects. An older home is also more likely to have tree root intrusions in the sewer line. As the pipe ages, cracks will form that attract tree root growth, and eventually, the root will force its way into the sewer line.

The pipes that were installed under your older home were encased in a concrete slab or buried directly into the ground. Over the years, movement in the ground and the slow shifting of the house will have affected the pipes. If the pipes moved in a downwards direction, a “pipe belly” will have been created. This is a bend in the pipe that restricts the water flow, and pools of sediment or waste lurk there. If a pipe belly is ignored, it will cause leaks and eventually stoppages which may lead to a sewer backup.

The Solution: Again, a trenchless repair may be possible, but you will need a local professional plumber to inspect the damage and carry out the work for you.

Many older homes haven’t been updated in a while, and they often have connections and fixtures that have surpassed their expected useful lifespan. Although the fixtures, such as antique faucets, older showerheads, and more, may look great, they are probably not fit for purpose. This is especially true when you consider the supply line connectors, which may have corroded or failed entirely. When a home has one or more water leaks, it’s at best an inconvenience, and it can be a disaster. Water damage is very expensive to fix, and in extreme circumstances, it can even undermine the entire home. Some people try to live with failing plumbing, but this is a bad strategy because things tend to fail when you need them most. The last thing you need after a vacation is to return to a flooded house.

The Solution: Prevention is better than the cure, this old adage holds true in many aspects of life, and it’s very pertinent when it comes to home plumbing. When you adopt a proactive approach and arrange preventative maintenance for your plumbing system, it’s easier to avoid expensive repairs. When you have an older home, it’s a good idea to get the plumbing system inspected once a year. Avoid the temptation to do this work yourself; hire a professional plumber because they may find problems that a DIY enthusiast will miss. Fixing a minor issue before it develops into a major problem is always the best strategy if you want to save money.

4. Out of Date Pipe Materials

Homes built before the 90s may have plumbing pipes made from certain materials that are not even approved under modern building codes. If you’ve purchased a home that has been renovated in the past couple of decades, it may be up-to-code. But, it’s always a good idea to get your plumbing inspected to make sure there are no major problems lurking in the system. Let’s take a look at some of the most common older pipe materials and the problems that they may cause:

This was used for water main and sewer lines for many years, and it’s one of the oldest materials used in plumbing systems. Cast iron was an ideal material for plumbing because it’s durable and easy to work with. Lead was used as a solder additive to make joints between copper pipe fittings which are still present in many homes. Sadly, lead is very toxic. Children are especially at risk; they can suffer mental and physical development problems when they are exposed to this metal. Adults may suffer from health problems too, including memory loss, extreme fatigue, irritability, joint pain, gastrointestinal issues, and more. The use of lead was restricted in the 20s, but it wasn’t until the Safe Drinking Water Act in 1986 until it was banned outright.

This was introduced in the 70s, and it was regarded as the plumbing pipe material of the future. It was used extensively to replace copper pipes throughout the 80s until a class-action lawsuit forced the manufacturer to pay out millions. The plastic pipes were defective because public water system oxidants created a chemical reaction with them. This reaction made the pipes brittle, and eventually, they cracked, leading to water damage. Polybutylene could be present in any home built in the 80s up to the early 90s, and they very prone to failure.

This material was used in water lines in homes built prior to the 60s. Galvanized pipes are made of iron that has a zinc coating to improve durability and longevity. But, the zinc layer erodes over time which makes the iron pipe vulnerable to corrosion and breaks.

The Solution: A local professional plumber will be able to assess the condition of your pipes and replace them for you. If you have lead pipes or lead solder joints, they must be replaced because they represent a threat to your health.